This is easily the most star-studded draft class since the 2003 Draft. There are a lot of solid rotational players with a bevy of prospects capable of turning into franchise building blocks. Here is my final 2017 NBA Mock Draft. My first two mock drafts were Mock Draft 1.0 and Mock Draft 2.0.

Fultz is the easy choice here. He’s got everything you want in an NBA guard: length, athleticism, shooting, handle, and IQ. It will only be a matter of time before Fultz becomes the man in Boston, even if Isaiah Thomas remains on the team. Don’t worry about how bad his Washington team was because that’s not a reflection on his competitiveness. He may not carry the headlines of Lonzo Ball but he is a complete player with All-NBA upside.

Stop buying into the news that the Lakers are looking another way. Ball is lightyears ahead of other prospects with his court vision and feel for the game. Sure he has an obnoxious, attention-seeking father, but this kid’s play incentivizes teammates to play hard. I don’t know if he’ll ever be able to score from the mid-range or be a lock-up defender. He still has unreal off-ball awareness on the defensive end as well as an underrated finishing ability to make up for average athletic ability.

A lot of rumors are swirling around a team promising to select Jackson. I’m guessing it’s the Sixers trying to find another star in The Process. Everyone knows Fultz and Ball are great, but Jackson is the one player in this draft that has potential to be an All-NBA and All-Defensive Player. Philly seems comfortable with the idea of Ben Simmons playing point, so why not add an athletic stopper with the passing and slashing skills to be dangerous. 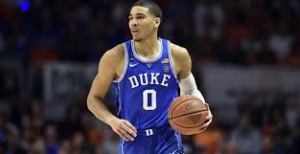 It’s Jackson or Tatum for the Suns. They need a wing that is actually competent so Tatum should be an immediate scoring threat. The fluidity and smoothness of Tatum’s game occasionally will distract people from just how good he is at making difficult shots. Devin Booker and Tatum are both 20-point scorers on the perimeter, especially if the Duke star can fine tune his three-point stroke.

Fox would be the consensus #1 point guard in most draft classes. Unfortunately for his bank account, he may have to settle for going fifth to a team that will allow him to call the shots from his first day in training camp. You won’t find many top-tier prospects who are as committed to guarding as the Kentucky sensation. Sacramento usually messes up their picks, but they can’t mess this one up.

Think a young J.R. Smith with a tight handle and above-average IQ. This dude can flat out score. Monk is destined to be an offensive force, even if that comes off the bench. My best guess is that Monk shows off his passing ability early and Orlando attempts to groom him into their future point guard. 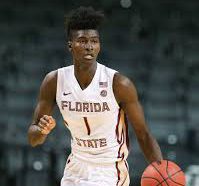 Isaac is the one player that we might look back on and say, “Why didn’t this guy go in the top 3?”. I’m not really sold on his ability to make the most of his offensive package yet, usually disappearing from games. He is the prototype “positionless” player that may eventually be able to guard all five spots if he can add more muscle to his 6’11 frame.

It’s either him or Dennis Smith. What it comes down to is the type of guard that thrives in the triangle. Ntilikina will be a defensive whiz that is steady and reliable on the offensive end. He should never be a top scorer, but he will get the team in the right spot, hit open shots, and thrive as a pick-and-roll ball handler. At this point, Phil might as well take another chance on a foreign player.

We can argue all you want but Dennis Smith is the most explosive player in this draft. He reportedly recorded a 48-inch vertical at a workout, which would be the highest of any player in the league. Smith is a powerful downhill driver that has a comfort level shooting off the bounce. Decision making and consistent effort will come under Rick Carlisle. 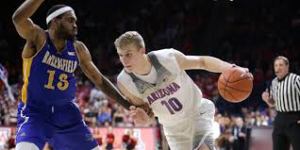 This could be Sacramento’s best draft haul in their sorry history. Markkannen is known for his outside shooting stroke that he can show off in spot-ups, off screens, or in isolation situations. He has the physique of a player that could become an overpowering athlete, though his rebounding and overall physicality has yet to show it. It turns out the DeMarcus Cousins trade may have freed the Kings for the future.

Size, athleticism, and shooting ability are at a historic premium in the NBA. Collins protects the rim like a bouncer at a club and runs the floor with ease. He’s still got a lot of physical development to go too, making his skill set that much more tantalizing. Charlotte is without a true center to impact the game like Collins.

Mitchell is a sensational athlete that went from a defensive specialist to the featured offensive option in one year at Louisville. Keep in mind that he spent high school doubling as a baseball player that could reach 90 mph on the gun. Imagine the growth he can make when given full time to be a basketball player. Mitchell is perfect for Detroit, who lacks guard depth. 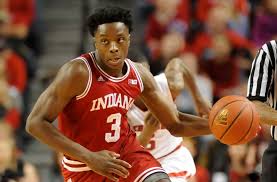 Anunoby is as ready of an NBA defender as you will find. It’s his offense and injury history that some teams don’t want to deal with. Denver is a team full of defensive liabilities, so taking a chance on the Indiana cyborg may be worth it if his offense develops.

With Chris Bosh for sure gone, I have no doubt that Leaf is the best fit here. His knack for efficiently scoring all-over the court is a special talent. Combine that with good playmaking skills and you can see why the Israeli native may be a perfect fit alongside Hasan Whiteside.

I’m a lot higher on Patton than a lot of people. There is something about a shot-blocking gazelle with a soft touch that’s easy to applaud. He wasn’t as effective as you’d like once Mo Watson went out, but he is still so raw. Portland is a year away from potentially having no centers on their roster. You need a big with this kind of potential defending pick-and-rolls to compete in the West.

I wouldn’t be surprised if a team like Charlotte or Detroit picked Kennard in the lottery. The assumption is that white guards are shooters, but this guy is a legit sniper. What’s unappreciated is his passing and scoring touch attacking the basket. He can’t really do a ton with his handle or clamp down on D, but the Bulls need someone to fill it up and Kennard can make it rain.

Allen will probably flirt with the lottery even though he doesn’t bring the intensity that many of the other top prospects provide. He is long and bouncy with a jump shot that shouldn’t take long to expand to the arc. Milwaukee loves length like people in Wisconsin love beer, so Allen fits the bill.

Paul George isn’t going to be in Indiana after next year. Sorry to break the news Pacers fans. Obviously, Jackson is no George, though he can be a solid scoring weapon if used correctly. His floater is elite and his defense is valuable due to his length. Some backup pan is better than none. 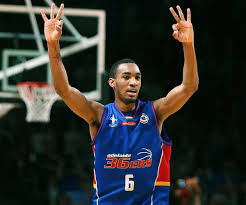 I’m still under the impression that Ferguson would be a lottery lock if he actually attended Arizona. But he should be more prepared for the grind of the NBA season after playing grown men in Australia. With multiple picks and a need for shooting, the 3-and-D Ferguson would be good for the Trail Blazers.

Hartenstein is another player that would have been a lottery pick if he could have left last year. Atlanta could really have a solid piece this late by drafting the 7-foot-1 stretch four. He’s still a little on the mature side in terms of effort, but patience and sternness will mold a starting big that teams will regret passing on. 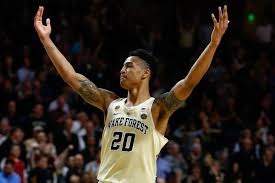 It’s clear that the bruising post players in OKC are not enough. Russ needs some help putting the ball in the hole. Collins is a scoring machine with a developing jump shot that could make him one of the top scoring options on the Thunder in three or four years. 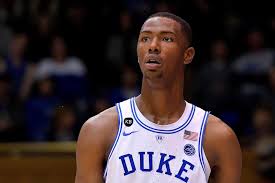 Giles is genuinely a good kid that has experienced horrible luck over the last three years. He still hasn’t overcome the tragic knee injuries he had, but I have confidence that he is going to bounce back psychologically. When he does, he will be an elite rebounder that can impact the game by keeping possessions alive. He may never be the go-to scoring option that he was projected to be in high school, but he can be a reliable contributor if healthy.

There was some overreaction about Lydon’s high body fat percentage at the combine, though looking at him doesn’t support that. Shooting and defensive versatility will make the lanky sophomore a rotational stretch four at worst. If he can work on his handle and continue developing his foot speed, playing the three could be a possibility, especially on a Utah team that may lose Gordon Hayward.

Latvia is quietly producing NBA talent at an alarming rate. Pasecniks is a legit 7-foot-2, mobile, and is growing exponentially. In addition, he has the softest touch of any 7-foot-2 player not named Kristaps Porzingis. He has already gained a lot of muscle over the last few years, so the Raptors are getting a player that is only scratching the surface of his potential.

Anigbogu could probably go as high as the late lottery depending on how much his athleticism and physique impressed teams. A strong, lean frame and tenacity around the rim gives the impression of a DeAndre Jordan type. Like Jordan, teams can’t give up on him if they don’t get immediate results. Portland probably won’t keep all their first rounders, but Ike is the best player at this point.

If Bradley went back to college, he could solidify himself as a lottery pick or be exposed in a featured role. His rebounding prowess is undeniable, as is his length (7-foot-5 wingspan). However, a lack of athleticism will require consistent 12-15 foot jump shot for Bradley to be a significant contributor. With Nikola Vucevic leaving soon, Bradley could be the starter in Orlando quicker than on most other teams.

With Harry Giles and Rabb, Brooklyn could improve what was one of the NBA’s softest frontcourts. Rabb is ambidextrous and aggressive on the glass. From day 1 he will compete for time in the NBA, even though he lacks star upside. 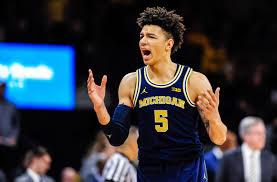 Wilson’s combination of speed and perimeter skills are bound to intrigue a team with two first-round picks like the Lakers. His shot looks even better than his percentages suggest even if he is incredibly raw for a college junior. Wilson seems like the type of competitor that can really flourish if he feels like his team has confidence in him. LA could be that team.

Isn’t this just the perfect Spurs pick? Hart has a quiet confidence, is a strong defender and shooter, and always puts the team first. Any chance of signing Chris Paul would require losing pieces like Jonathan Simmons. Hart won’t make a lot of big plays, but he’ll make the right ones. 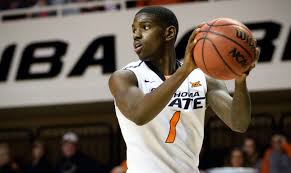 Evans may slip into the second round because he is so undersized. Whatever team picks him is getting a pick-and-roll specialist that could be a top-tier backup point guard/fringe starter. Utah is looking at a thin backcourt if things don’t go well in free agency, making Evans a reasonable pick.